Alfred Corn
Author of nine books of poems, a novel, and two books of criticism. Recipient of Guggenheim, NEA, Academy of American Poets, and Academy of Arts and Letters fellowships. 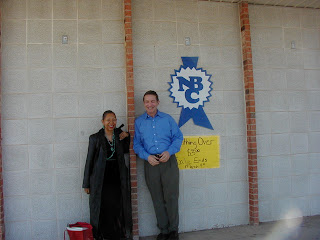 Two days ago, my friend the poet Ai died in Stillwater, Oklahoma, of breast cancer. I hadn’t seen Ai since 2002, during the year I taught at Oklahoma State, but we spoke by telephone and exchanged email posts since then, and I would also sometimes get news of her from mutual friends. The last time we exchanged messages was in early January, when she made no mention at all of poor health. She was a very private person, lived alone, didn’t see many people, just taught her classes, gave occasional readings, and wrote her poems. I’m saddened to hear this news and again reminded that breast cancer is a national health problem that seems to be getting more and more serious. I’m not sure enough is being done to promote awareness of it and to fund research. It’s something that has affected the lives of many people close to me, beginning with my mother (legally, my stepmother), whose illness I wrote about in a poem titled “Stepson Elegy” (in Present). But much more to the point are the courageous poems by Marilyn Hacker and Mary Cappello, written from a first-hand perspective.


I met Ai in Tulsa in 2001, when she attended a reading Robert Pinsky gave there at a literary festival sponsored by the English Department at Oklahoma State. Robert introduced us and we exchanged contact information. I was teaching that year at the University of Tulsa and decided not to go back East for the Christmas holiday. Hearing that, Ai invited me to Christmas dinner at her place in Stillwater. I remember an apartment absolutely filled with things, especially wicker furniture, which Ai had a special liking for. As I was to learn the following year, going out to comb the thrift stores was one of her favorite occupations. Ai always had stylish clothes, designer dresses and jackets combined with thrift-store items she had a flair for discovering. I remember once she was contemplating spending a lot of money on a beautiful turquoise and silver necklace, either Zuni or Hopi, I’m not sure. I egged her on because she looked gorgeous in it and because I knew she was proud of her Indian ancestry. Buy it she did, and even now I can see it ornamenting one of her great ensembles. I think she was also pleased to have African ancestry and, besides that, a Japanese father, whose name (Ogawa) she used on official documents, but not when she signed her poems and books. Still, because she grew up in a Native American community, that heritage seemed to be foremost in her consciousness.

I was invited to come teach at Oklahoma State for the following year during Ai’s sabbatical and was pleased to accept. I got to know English Department faculty there very well, in fact, it was one of the friendliest I’d ever worked with. Because we were both single, Ai and I saw each other many times, going out to dinner or making raids on the thrifts, where I found stuff to spruce up my temporary apartment in Stillwater. Like many poets, she didn’t know how to drive, and I was perfectly willing to be the chauffeur. It’s said that some people found her personally difficult, but I never did. We seemed to have the same kind of humor, and she knew I valued her and her work. To her poetry she brought keen novelistic skills and a dramatic instinct that didn’t flinch when faced with the inhuman behavior that characterizes so much of human existence. I read her and think of the great Japanese filmmaker Kurosawa’s statement to the effect that, “The artist does not avert his eyes.”

And yet. For some reason Ai averted her eyes from her own illness and didn’t have a check-up when symptoms appeared. I don’t understand this, and, in my confusion, am posting these reflections in the hope that someone who knew her better than I did can explain what happened. When there is a loss, we try to extract from it something besides sadness. Perhaps that may happen in this case, too. Meanwhile, I will reread Ai’s poems, inevitably from an altered perspective. I asked Ai if she’d adopted her name from the classical Greek, the word that is usually translated as “alas!” or “woe!” She said, “No. In Japanese, “ai” means ‘love.’”
Posted by Alfred Corn at 19:20